Crisis in the Kremlin

Comrades! Brothers and sisters! In this important day I want to tell all workers of the world, that our expectations have come true and as The Great Revolution was a perfect Party’s creation, so is the proletarian game Crisis in the Kremlin an outstanding achievement of this great organization! Because now every person, even a cook, can rule the state! And this is our merit, comrades, because only we bring protection and prosperity and we must overtake the rotting West. And so every person must, as soon as possible, master this skill by opening Crisis in the Kremlin and playing – to the 5-year plan of the new millennium! In the game every comrade will have to solve important political and economic, but historically accurate, interesting and exciting questions and tasks. On your decisions will depend what the USSR will be by the end of the year 1991 (and even a bit further) – empty words, which everybody interprets in dark colors, a superpower or the new pillar of democracy, though you can try any other political mechanic, if you want. However,don’t forget that we are watching you closely and honestly hope that you will not betray your Motherland! 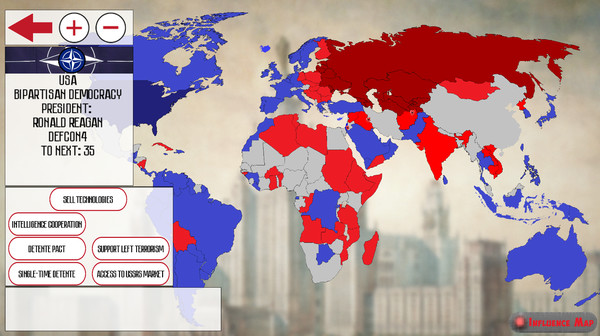 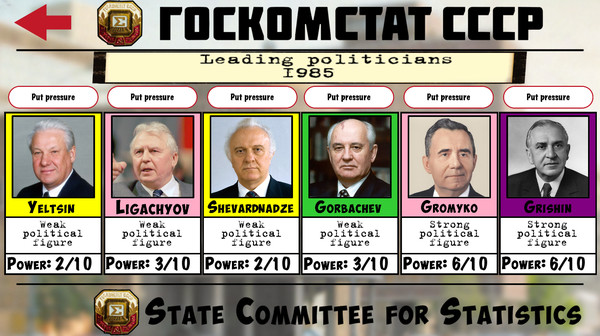 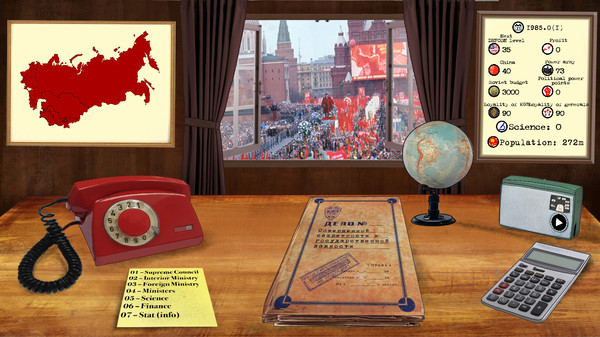 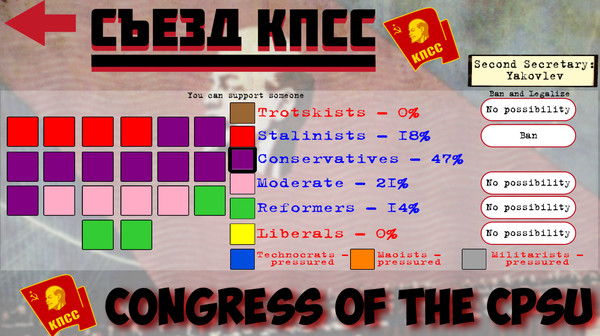 Crisis in the Kremlin: The Accident
In 1986 there was the massive nuclear incident, but what will be there in the alternate 1986?!

The confrontation between the socialist and capitalist bloc is coming to an end, but the confrontation between socialist and capitalist Germany is not. The old party leaders are still sitting in their offices, not changing anything and waiting for exclamations from Moscow. But their end is near – Gorbachev and Helmut Kohl shake hands, unleashing unexpected consequences even for themselves. — Lead East Germany, fraternal Bulgaria or save the Genius of the Carpathians in Romania. — Guide the country through a series of reforms, leave everything as it is or look for opportunities to build new formations of socialism. — Fight with Westalgia in all available ways or lead these initiatives and lead the country closer to the western neighbors. — Serve the people and party officials, manipulate the elections, make adjustments to propaganda. — And watch out for the distribution of budget funds. The world does not stand still. And radical changes have already begun. Can you stand it? 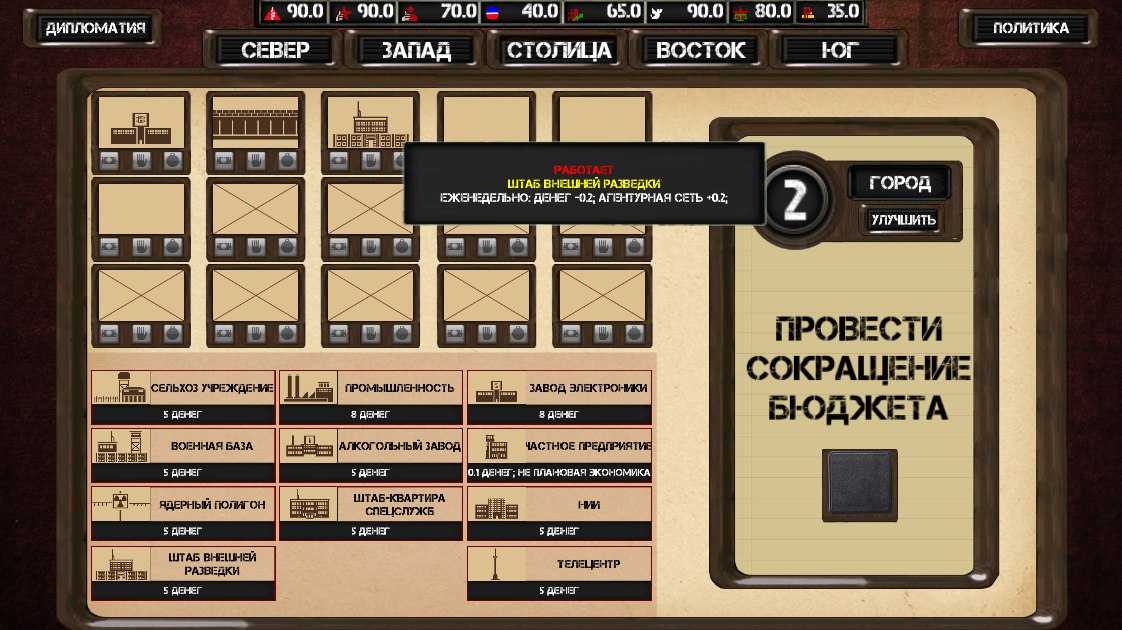 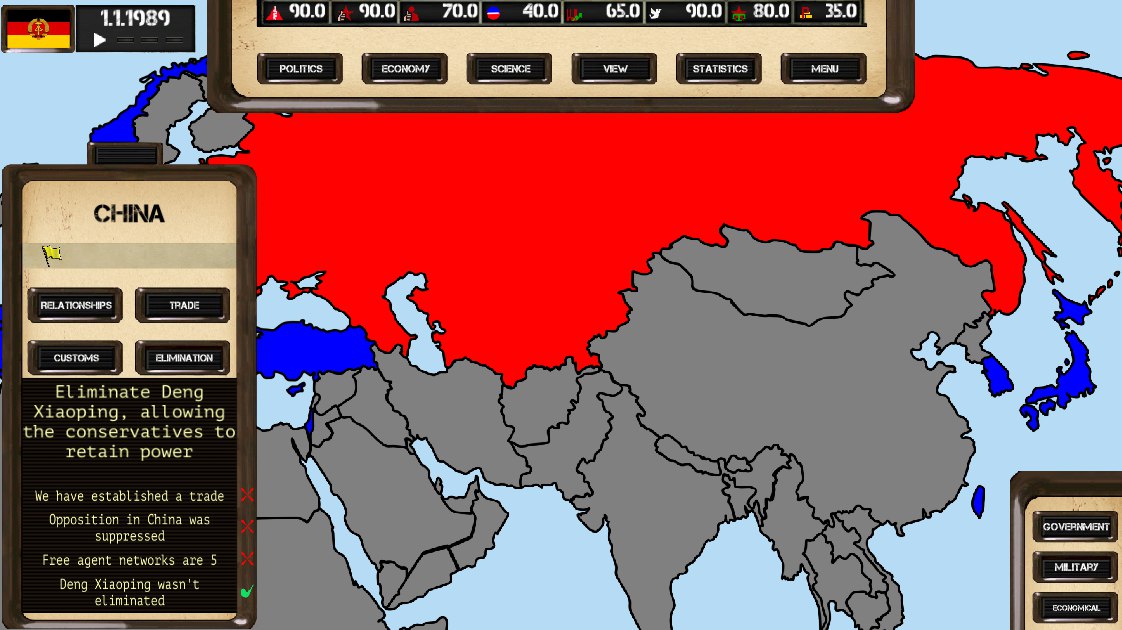 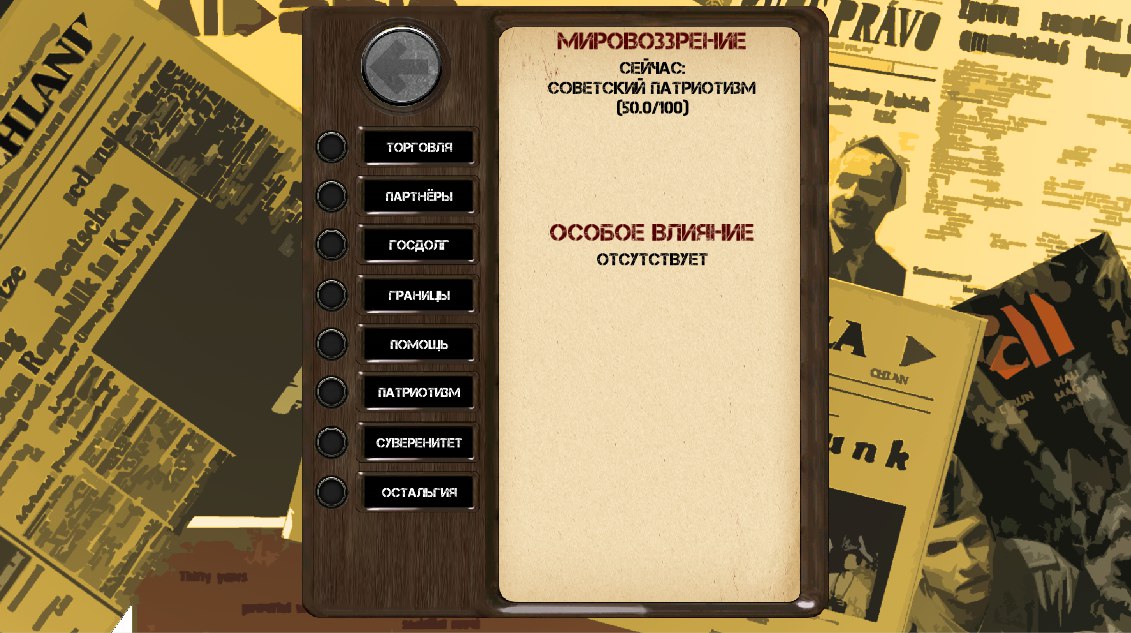 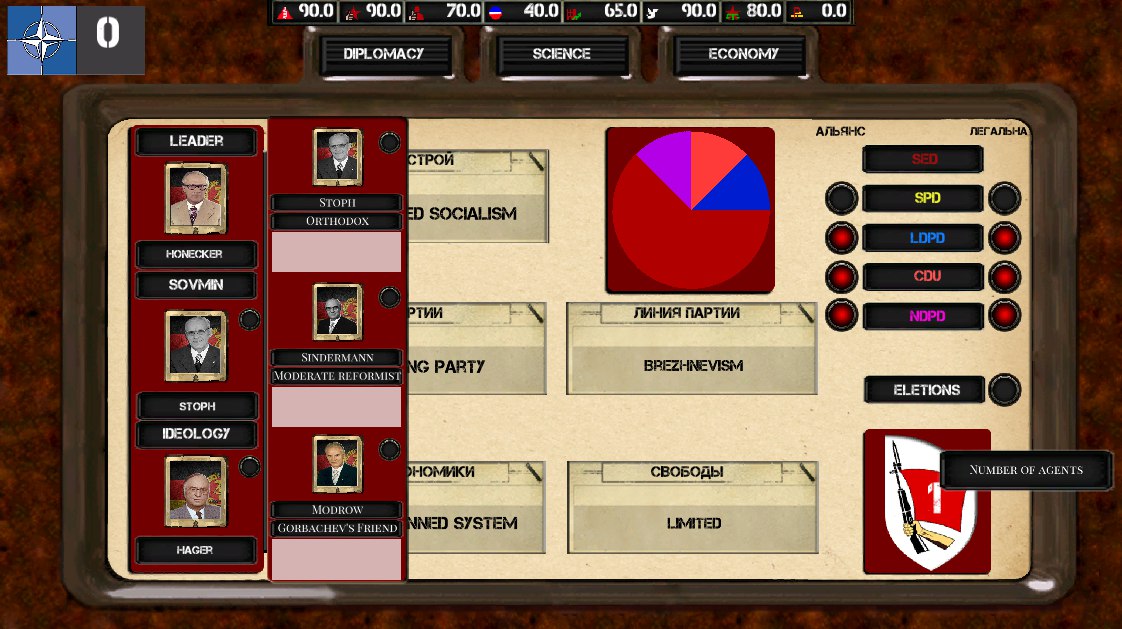 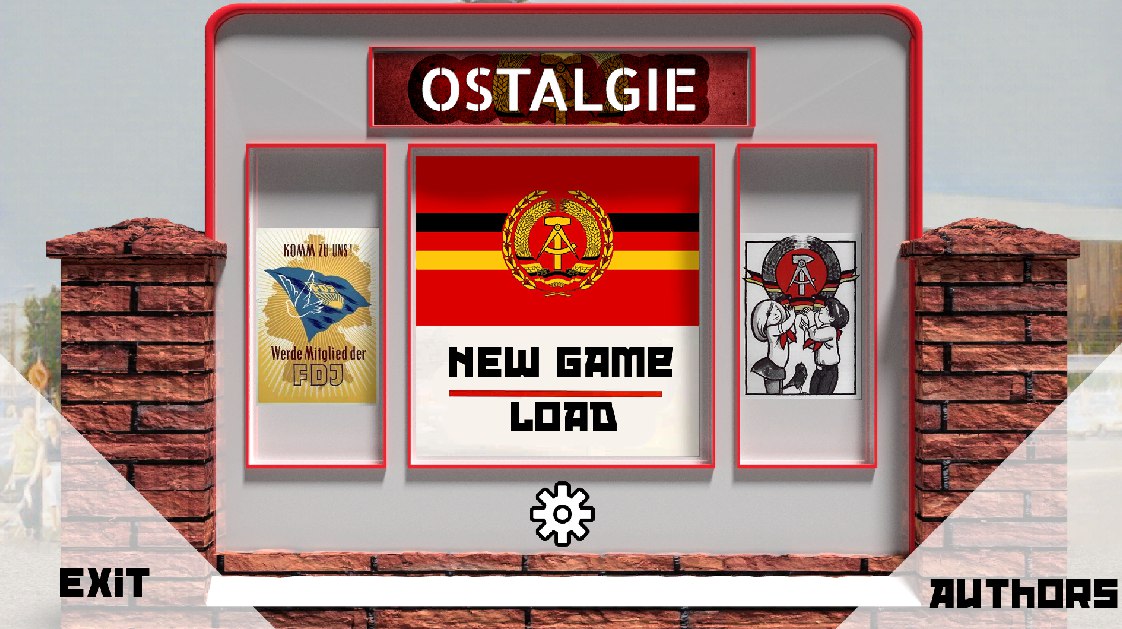 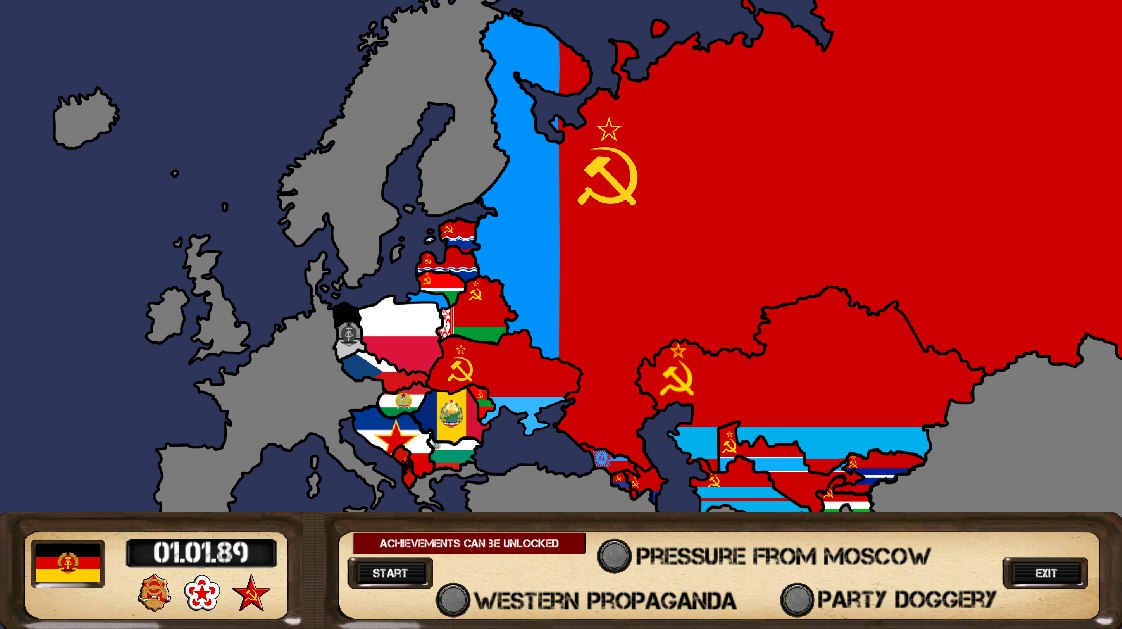 Ostalgie: Legacy of Hoxha
The world is changing, but Albania is not. The covenants of Enver Hoxha are honored with all responsibility and authority. But how long will this last in the world of the end of the Cold War?

Ostalgie: Fall of the Curtain
The Iron Curtain has fallen. The era of change has come to Eastern Europe, but does everyone need these changes? The Cold War is coming to an end, and "cradles of the revolution" join the fight for their existence in the system of new world order. But will they be able to stay afloat, while preserving all the achievements and ideals of the revolution?

Year 1976, the stormy Cultural revolution has died down, hard times of hongweibing and public criticism are coming to an end. Mao Zedong, old and sick, will soon leave China to his comrades from CPC. The Cold War is coming into a new phase and only you will determine what will China become and what place will it take in the world.
— Lead the People's Republic of China from 1976 to 1985
— Restore relations with the USSR and compete for the leadership in the socialist camp or become the conductor of USA's interests or forge your own path without looking at others
— Build a strong planned economy, lead the market reforms and invite investors from all over the world or fulfill the communist dream about automated planning - the future of the Chinese economy is in your hands!
— Expand your influence, become the master of the Asian region, reach for Europe - the restless world of the Cold War gives you a lot of opportunities!
— Watch over the Party - politicians want to reach higher places, plot and conspire. Your fellow party members may become your helpful allies or deadly enemies...
— Remember that your actions will determine the world by the end of the XX century - will the Soviet Union fall apart, will the socialist camp fall, will DPRK become an outcast country, will you repeat the glorious path of China or will you manage something better? 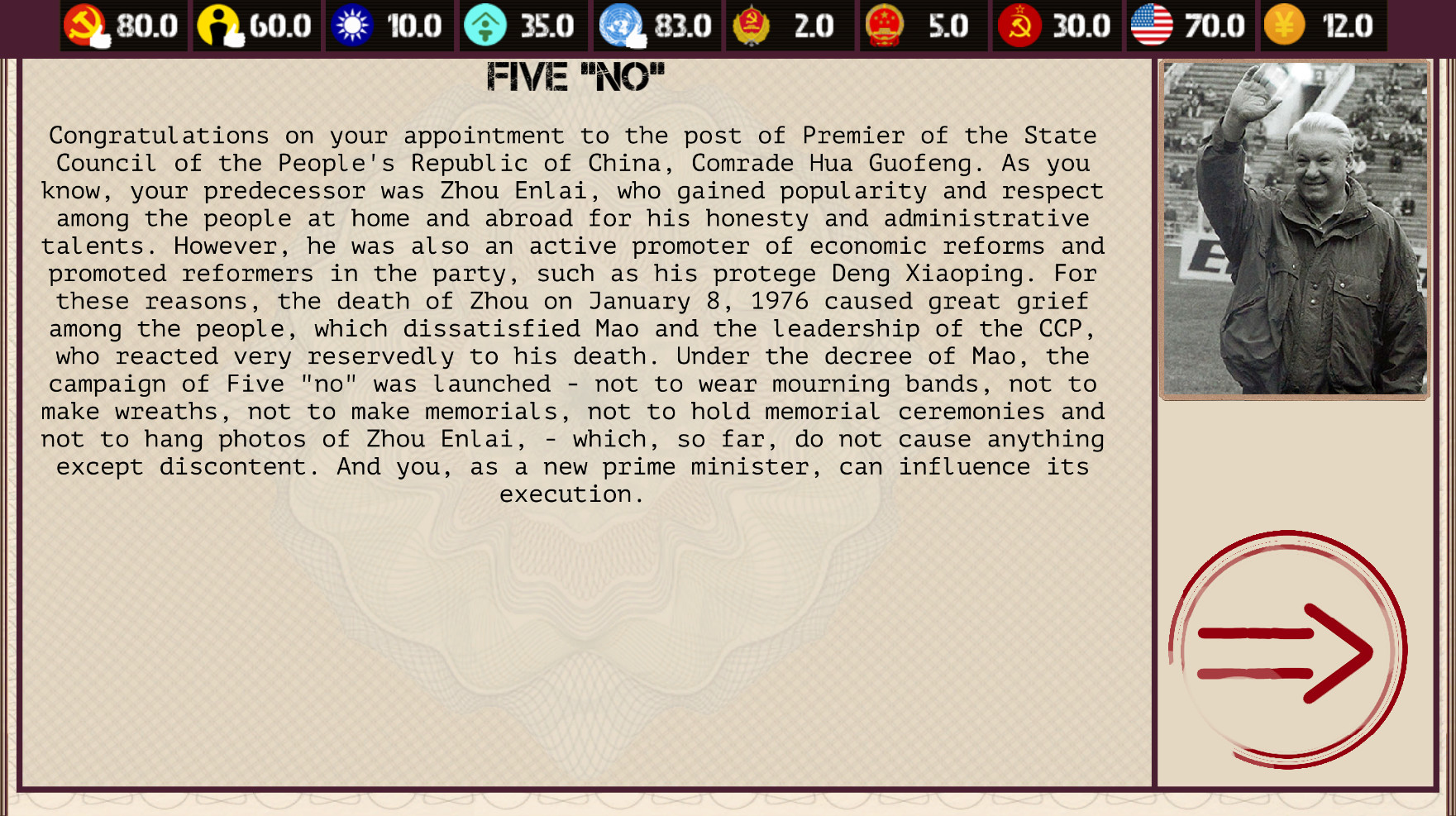 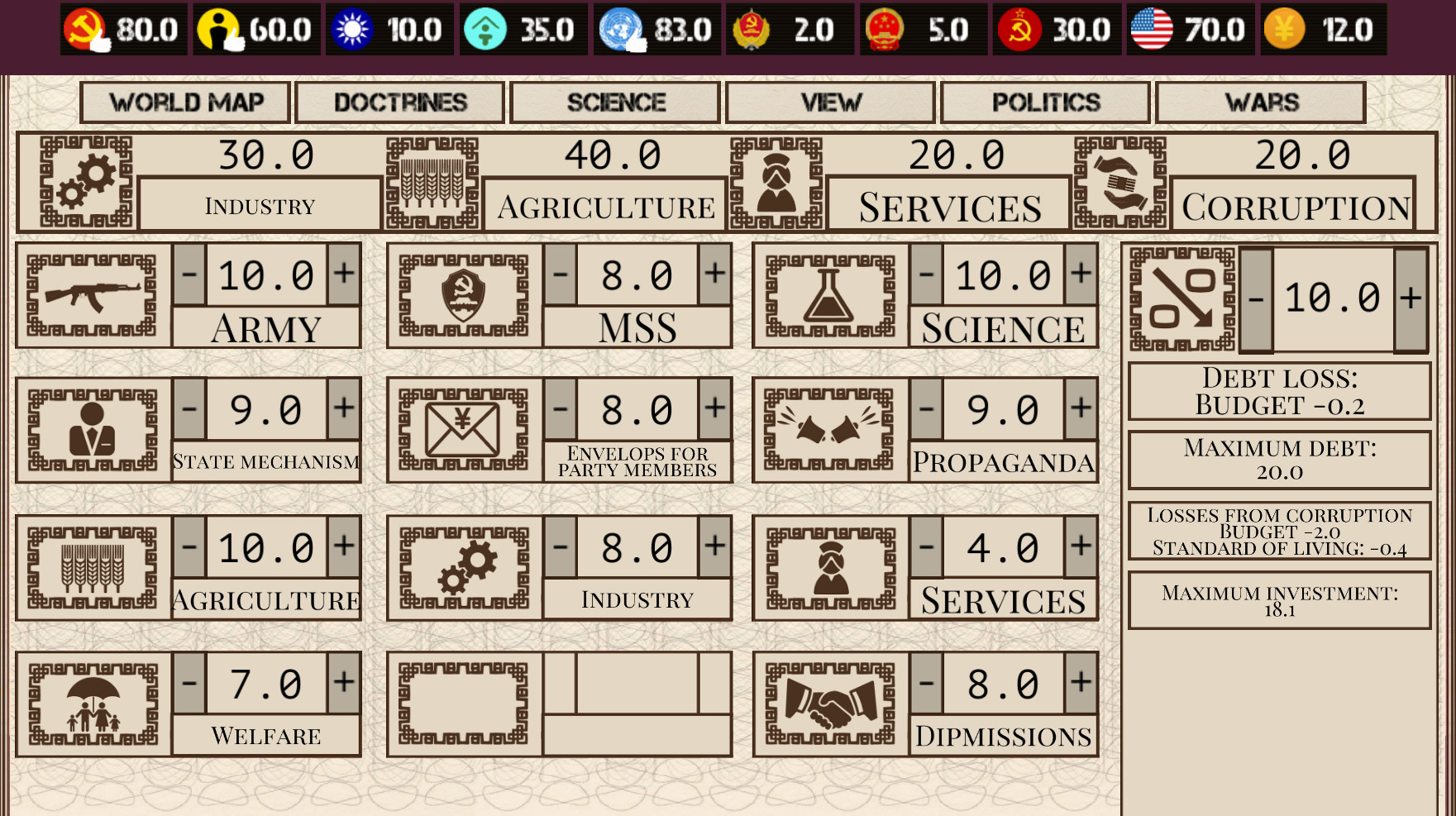